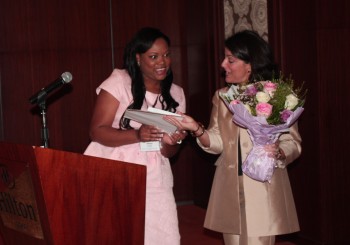 We’ve been privileged to have had Dana Shell-Smith, U.S. Ambassador to Qatar, as our honored guest once again, and all we can say is, “Thank you so much!”.

What a wonderful, down-to-earth, “regular” gal!  An honorary member of AWAQ, Ambassador Smith is the epitome of what we stand for: a representative of a “vibrant, active group of women living in Doha”.  But she is so much more!

With the safety of U.S. citizens foremost in her mind, Ambassador Smith is a career diplomat who really cares.  She came to Doha in 2014, and made AWAQ one of her first stops!  At the September 2014 kick-off luncheon, she was asked why it is so difficult for American citizens to obtain a driver’s license in Qatar? Unfamiliar with the Qatari red-tape process, Ambassador Smith promised to look into the issue immediately.

The update on this issue was one of the main topics addressed this October.  It was disclosed that while the issue has not been resolved, it has certainly been addressed, and will continue to be on her list of priorities.

Also in her casual briefing to our group, Ambassador Smith brought light on the frustrations of American parents seeking quality schooling for their children in Doha.  While a new American School campus is underway, ASD admittance may continue to be difficult, she said, given the priority given to corporate founding sponsors, U.S. citizens and military families.

Other topics discussed include the ongoing refugee situation in the Middle East, the number of Qataris currently enrolled in U.S. universities (1,200), and the realm of citizen services available to all U.S. expats through the U.S. Embassy.  Christina Cavallo, Chief of American Citizen Services, was on hand to take questions from our members about document authentication, passport renewals, and birth registration services.  For anyone needing more info, please contact Christina at acsconsulardoha@state.gov.

Ambassador Smith even took the time to “tweet” about the event, telling members that one of her biggest disappointments last year was not being able to participate in more AWAQ events.  Here’s hoping she continues to engage with us, as we welcome her and her staff any time!

Thanks so much for your wonderful support and involvement, Madame Ambassador!  We look forward to seeing you and your staff again soon! 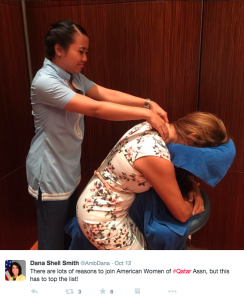 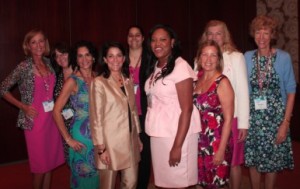 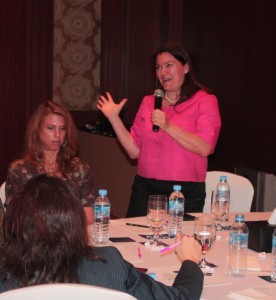