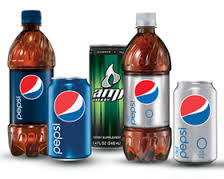 What ever your beverage of choice, wouldn’t it be fun to see how they are produced in a bottling plant?

We will take a trip to the Pepsi Cola bottling plant for a private morning tour. You will probably be surprised by the different drinks being canned/bottled in this particular plant.

Pepsi Cola was once called “Brad’s Drink”
In Japan, Pepsi flavors have included azuki bean, cucumber, and salty watermelon
During Nixon’s presidency, Pepsi became the first foreign consumer product to be sold in the Soviet Union
The tour will take 1-1.5 hours.

Please register on the