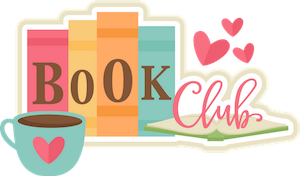 If you love to read, you’ll want to join our book club to gain perspective and share your thoughts on the latest novels and non-fiction works.  Our club meets on the third Sunday of each month from September through June, at West End Cafe’, Marriott Marquis.

Last Year’s Book list:
September: News of the World by Paulette Jiles
October: The Light Between Oceans by M.L. Stedman
November: The Dinner by Herman Koch
December: Everything I Never Told You by Celeste Ng
January: Ordinary Grace by William Kent Krueger
February: The Book That Matters Most by Ann Hood
March: The Couple Next Door by Shari Lapena
April: The Woman in Cabin 10 by Ruth Ware
May: Dark Places by Gillian Flynn
June: The Pact by Jodi Picoult

For more information on Book Club and how to join, contact Nancy Jaber.