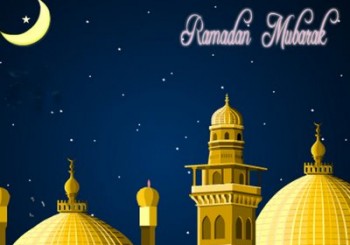 With Ramadan starting earlier this year, on/around June 18th (based on expected visibility of the hilal waxing crescent moon following a new moon), we thought we’d provide a quick list of survival essentials (excerpts from The Doha News):

Ramadan is the holiest month in the Islamic calendar, during which observant Muslims fast from dawn to sunset. Because Qatar is a Muslim country, things depart a bit from their regular programming during this month.

It’s illegal in Qatar to consume food, drink beverages, or chew gum in public spaces during Ramadan. Because of this reason, the majority of restaurants here are closed during lunchtime this month, though some do offer takeaway menus.

Government offices run on a five-hour schedule, from 9am to 2pm, during Ramadan – though some agencies are open at night. Private sector employees are supposed to work a shortened six hours a day, for a total of 36 hours/week, according to the Labor Law.

Especially because Ramadan falls in the summer this year (the lunar calendar is shorter than the 365-day solar calendar, so Ramadan’s dates change annually), fasting people are more likely than ever to hibernate indoors during the daytime. But that means while traffic is ok during the day, it really picks up at night. Around sunset, when it’s time to break the fast, a lot of people will be rushing to dinners or home to eat, so watch out for reckless driving.  And after nighttime prayers, expect the roads to be congested with people heading to evening buffets and other activities for several hours (8pm to midnight).

However, for the first time, hotels in Qatar will not be allowed to sell alcohol in their bars and restaurants in the nine days leading up to Eid Al Adha this fall, as well as the first day of Eid itself.  While the dates for Eid have not yet been formally fixed and are dependent on the sighting of a new moon, Eid Al Adha is estimated to fall on Sept. 23. Thus, the ban would cover the 10-day period starting from approximately Sept. 14.

A local campaign to promote modest dress in public places is entering its fourth summer with a new slogan, and an expanded focus that includes the clothing and behavior of Qataris as well as expats. The grassroots campaign, formerly known as “Reflect Your Respect” has been renamed “You Matter in Qatar”, ramps up during Ramadan.